Abdominal and the Obliques - Sitting Music

A cool, lazy, who-cares sort of style and musicianship with tight vocals and amusing lyrics. An aptronymous album if there ever was one. Sock Hop probably was the best track on offer, the little guitar hook was sweet and the whole piece seemed a good summation of the album's intentions. Others weren't so good. Courage, for instance, was a bit erk. Even when done ironically that sort of thing is difficult to not cringe at.

I didn't think I was going to enjoy his vocals after Inoutro and Broken, but actually they turned out pretty enjoyable. During the first of the two shorter tracks he flipped into Spanish seamlessly which was nod-grin-worthy, then the second was (as far as I recall) entirely a cappella which sounded cool and deserves a clap. His singing voice wasn't so bad either, so it was nice to hear more made use of it as the album drove on. I didn't end up loving his voice, but I can't imagine any other style achieving what he set out to achieve, so it works and ought not to change.

Also obviously after my last review I can't avoid nodding at the use of a nicely toned Hammond on Hot Cross Buns (though I think it may actually have been the GarageBand Hammond sound - willing to be disproven and who cares really, it sounded nice), which was probably the next best track after Sock Hop, even if it was a bit rambly in both melody and lyric.

Overall it's an album with focus, with one idea. This isn't a bad thing necessarily, indeed it had personality, but it did mean a sort of redundancy had long taken hold by the time the record had ended. I probably won't remember much about it and that doesn't strike me as a particularly sad thing. Sixty per cent, three out of five golden stars.
Top

Abdominal and the Obliques - Sitting Music

Wasn't keen on the first few songs but gradually got better and it was actually quite enjoyable overall. I got a bit bored during some of the longer songs though, especially Courage. The song Breathe Deep had a slightly similar idea to Courage but was far superior in my opinion. The short and sweet songs were all pretty decent as well.

Highlight of the album for me was definitely Hot Cross Buns 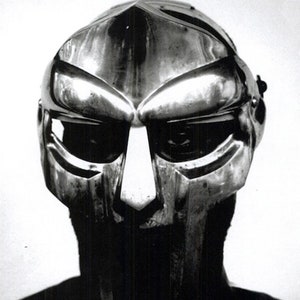 No, I killed it on a good note. Also Abdominal & the Obliques are currently touring the UK.

Near, far, wherever Shola...

Shut up you
REQUIEM
Top

Okay so for ease and because I can't be bothered with the faff I'll just pick an album for now. Suggestions are welcome though.

I've gone for one that I know some people will have heard but regardless it's great and this can be a chance to say what you think about it whether it's new to you or not:

Hail To The Thief - Radiohead 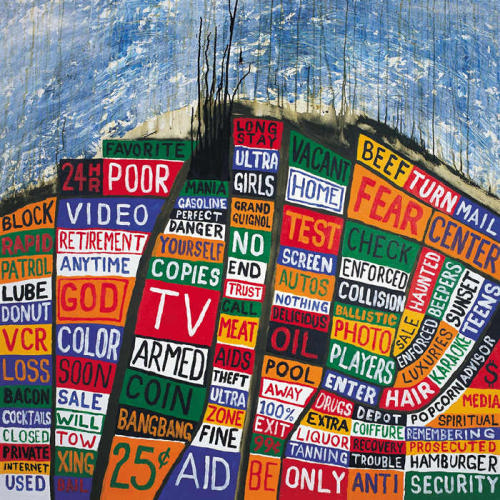 Brief background:
SpoilerShow
Hail to the Thief is the sixth studio album by the English alternative rock band Radiohead, produced by Nigel Godrich and released on 9 June 2003. Following the electronic and jazz styles of Kid A (2000) and Amnesiac (2001), Hail to the Thief returned to the guitar rock of Radiohead's earlier albums, but retained electronic elements such as drum machines, synthesisers and digital manipulation. To avoid the protracted recording sessions of previous albums, the band recorded it quickly, employing a live, "spontaneous" approach.

Many of the album's lyrics were written in response to the War on Terror and the resurgence of right-wing politics in the West after the turn of the millennium. Songwriter and vocalist Thom Yorke said the album expresses "frustration and powerlessness and anger, and the huge gap between the people that put themselves in control and the people that allegedly voted for them."
Spotify: " onclick="window.open(this.href);return false;

Youtube:
SpoilerShow
If This Is How You Folks Make Art, Well That's f***ing Depressing

Radiohead - Hail to the Thief

A much-maligned album with a mix of soggy patches and strong peaks. It's probably their safest album in that there's nothing much new going on; something especially odd when you think of the giant leaps in style they'd made in the past. But among the mediocre there are undoubtedly some really good songs. "Go to Sleep" and "There There" are particular highlights.

It's safeness makes it a bad album to listen to first if you're new to Radiohead. Much of it is run of the mill and there's a big reliance on Thom Yorke's vocals which can be off-putting if you think, as undoubtedly many do, that he sounds like the infant Tyrannosaurus from The Lost World having a stroke. Particularly it would render otherwise forgettable plodders like "Sail To The Moon" and "We Suck Young Blood" quite insufferable. I grew to enjoy his voice, though, so it doesn't bother me, but it ought to be said that he doesn't exactly excel on this release either: as with near everything else on the album, he plays it safe.

Once upon a time I rated this among their best, but I'm now well enough convinced that I must have been drunk at the time. Good moments and dull moments. Not their best, but nor their worst. 3.5/5.
Top

What a f***ing surprise

I'm going to listen to it tonight you ****
REQUIEM
Top

Hail to the Thief - Radiohead:

I haven't really listened to any Radiohead outside of this album mainly because I presumed I would hate them. If the rest of their output is like the majority of this album then that's not the case. There are some really, really good songs on this album. Myxomatosis and There, There stand out in particular.

There's a real urgency to a lot of the songs that I liked and it's probably the reason I didn't enjoy the middle third of the album, it slows down significantly and the songs just sound like Yorke talking slowly over a bad DJ Shadow song.

SpoilerShow
"He's on the computer in his underwear wasting time in some chitchat room, going back & forth with some other fuckin' jerkoff"
Tony Soprano
Top

I'll put up reviews for the three nominated albums so far later tonight.

Your Joking right? Absolute load of s***!
# stolen from nufc.com

Brilliant contribution as always, Toondes. We're lucky to have you on this forum.
Top

And there is nothing interesting(
Top
Post Reply
76 posts